The value of the GLINKOWSKI brand has been built by the three generations of the family.

Walenty Kołak was born in 1909 in Podrzecze near Gostyń. He was educated as a blacksmith, a profession widely esteemed at that time. In the interwar period, he worked as a student at local horse-drawn carriage producers, gaining first experiences in the production of steel components of carriages and their repair. During the war, as a skilled craftsman, he repaired all motor vehicles used by the military, also producing parts for them. Due to the widespread use of horses for transport and horseback riding, one of his main activities was also forging horseshoes and hobnails, i.e. nails for nailing the horseshoes. As one of the few soldiers holding the permissions of a horse farrier, he also dealt with shoeing horses and grooming horse hooves.

After the war, until the mid-1950s, he worked in the forge of a “Hasiński” bakery owner known in Łódź. Apart from repairing his own carriages, Mr. Hasiński's forge also provided repair services for owners of other carriages. After several years, Walenty Kołak was already appreciated as a great blacksmith, and he thought about opening his own forge more and more often. 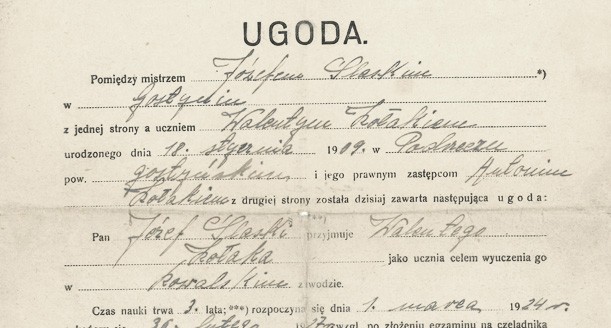 Opening of the manufacture, production of carriages

When in 1956 Walenty Kołak proudly opened his own blacksmith's shop, he did not realise that he had given life to a brand that would be known around the world among horse riding enthusiasts, especially among high-performance drivers, three generations later.

In the same year, the first carriage left Walenty Kołak's workshop, signed with his name. It would not have happen if it had not been for the cooperation with other great craftsmen, namely Mr. Grzymisławski, a sawmill owner, Mr. Andrzejewski, a wheeler, and Mr. Kubacki, a painter,An informal association was established between these well-known craftsmen, operating successfully over the years. The carriages made by Walenty Kołak became valuable and desirable. The blacksmith also continued to provide repair services for the construction of horse-drawn carriages and the renovation of old horse-drawn vehicles, as well as blacksmith services for the production of steel structures and elements.

The constructional sense and passion for designing and manufacturing new technical solutions caused that the increasingly demanding elements of the carriages were being processed on the blacksmith's anvil over time. The awareness of own skills and continuous desire for improvement, which has remained a real DNA of the “Glinkowski” brand until today, gave rise to thoughts about the independent production of entire horse-drawn carriages in the family.

Fulfilment of a dream

The dream of the overall production of horse-drawn carriages was fulfilled by the next generation of the family. It happened in the early 80's, when the management of the plant was taken over and is still carried out by Henryk Glinkowski, the son-in-law of Walenty Kołak.The developmental stage in the brand's history begun. Thanks to the investments made in the machinery park, the technical sense and the courage to implement his own custom production solutions as well as previous experience, the production of entire carriages commenced in Walenty Kołak’s former workshop.

Specialisation in the production of sports carriages, technological revolution. 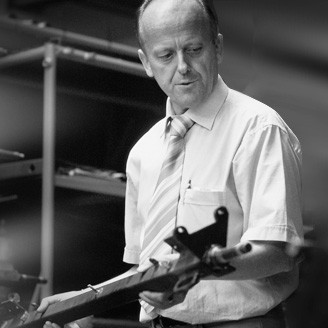 Henryk Glinkowski quickly decided to specialise the plant in the production of sports carriages, expanding the offer range with carriages produced on individual orders in the following years. The reputation of the brand, however, was built by perfectly manufactured sports carriages, containing original solutions in the driving system; durable and manoeuvrable, they were desired by the best drivers of the world. The experience gathered during the ownership of the brand’s own equestrian club helped in their production. It was a time when the majority of the best competitors in the world in the category of one-horse and multiple-horse teams had at least one vehicle signed with the GLINKOWSKI brand.

Devotion of workmanship and pedantic care in the reconstruction of intricate elements caused that the plant has also become widely known as a place for the renovation of old carriages. The beloved carriages were handed over to the craftsman from around Gostyń by the owners of horse-drawn carriages from around the world, including renowned museums.

The 1990s in Poland were also a period of opening new export opportunities. For a brand that was already known abroad in its industry, it meant broader development perspectives. These decades were marked by broad investments in the machinery park. The latest locksmithing and lathe machines, numerically controlled machining tools, varnishing systems and full computerisation of production management have resulted in the family manufacture becoming one of the most modern and largest carriage production plants in the world.

The plant has increased the production scale up to 1,500 carriages a year. The main sales markets were German-speaking countries (Germany, Switzerland and Austria) and the United Kingdom.

Development of sales markets, modern management and building the value of the brand

The “Glinkowski” brand has come a long way from the hearth and anvil to digital 3D-carriage designs (CAD programme), developed by an experienced team of engineers from the construction office. The production is based on 5-axis CNC machines, supported by CAM programmes, an advanced process of varnishing with PPG paints, a numerically controlled oxygen burner, and finally computerisation of the spare parts and warehouse management system. 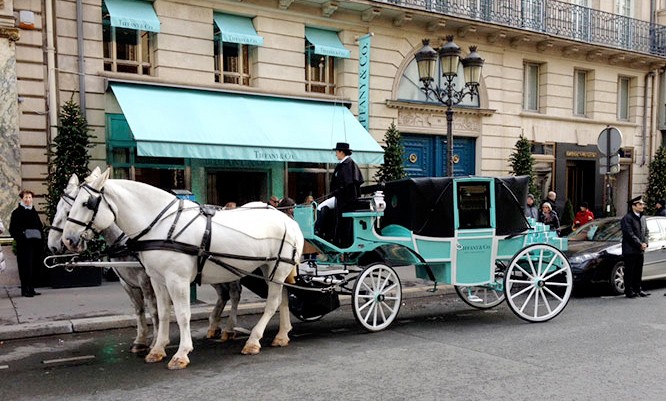 However, the scale of production, the use of machinery and digitalisation did not deprive the brand of its spirit.The element of intricate manual work, assembly, masterly workmanship and individualisation of vehicles determine the specific “soul” of carriages signed with the GLINKOWSKI brand, perfectly recognised in the industry. It was these values that decided about ordering a carriage at the GLINKOWSKI plant in 2015 by the luxurious jewellery brand TIFFANY, which used it to deliver Christmas gifts in Paris.

Introduced into production in 2004, the Double Sport marathon carriage has built today's position of the “Glinkowski” brand in the field of sports carriages. It was the first sports carriage of the brand, including original design and the latest technical solutions, such as unique chassis solutions, the best steel and design that delighted high-performance drivers. The greatest stars of this discipline celebrated their successes in sporting events on this carriage. The best competitor of the time, Rainer Pointl from Austria, the individual and team world champion from 2005, only drove carriages signed with our brand. Its success is proven by the fact that the design and technological solutions are commonly copied.

Today, these carriages are increasingly sold outside Europe through an extensive dealer network.The brand has gained fans in the United States, Russia, Asia, South America, Australia and even the Near and Far East. Modern marketing and skilful building of the brand's value caused that the dealers gave up selling carriages under their own brands. Today, almost all carriages leaving the plant in Sikorzyno near Gostyń wear the GLINKOWSKI company logo. Carriages from the OtiumLine are an exception.

The values behind the brand are perfectly illustrated by the slogan “Uncompromised devotion to perfection”. No compromise in terms of quality and innovation, which constitute the brand's real DNA, determine its position as one of the most elite horse-drawn carriage manufacturers in the world, especially in the category of sports carriages.

Operationally, the plant is still managed by Henryk Glinkowski, yet in the last dozen years, his sons Hubert, Damian and Krzysztof, have entered the board of the company, dividing the roles in the field of marketing, development of sales markets, technology and finance, and thus initiating a new period in the development of the brand.

The history of the GLINKOWSKI brand comes full circle in a way. A modern machinery park, experienced engineers and a team of employees allowed the company to extend the offer with services in the following areas: cutting, bending profiles and sheets, welding, firing, machining, pressing and painting (powder and spray). The customers of the plant are domestic and European companies from construction, industrial, agricultural and automotive industries.

Based on multigenerational experience in steel processing at the GLINKOWSKI plants, we have also started the production of specialist construction buckets for excavators, commissioned by a Scandinavian customer. The growing scale of the production of buckets and the aforementioned industrial services in the global brand sale forced the implementation of organisational, production and marketing changes as well as the creation of a new GRAXX brand signing these services and products. More about the GRAXX brand: www.graxx.eu

From this moment, the GLINKOWSKI brand has only represented the production of carriages.

Since 2020, we have been a certified Partner of the Hardox® Wearparts center network created by the SSAB global metallurgical company. We use Hardox® steel with a hardness of 450HB in the production of specialized buckets for construction excavators under the GRAXX brand.

Due to our participation in the Hardox® Wearparts center network, we have become a certified point in the field of Hardox® steel machining services (welding, machining, cutting on Hardox® sheets).